The turbulent times faced for some time now by Eastern European markets, and Russia in particular, have had little negative effect on the performance of Poland’s economy. A slight slowdown has occurred recently in this area, but Poland’s economy still grew more than 3%, which means its pace is more than twice the European average. The uncertainties that still loom over Eastern Europe cannot, of course, offer any assurances about the durability of this growth rate in the immediate future, but the majority of commentators maintain that Poland will remain a very important point of reference for international investors in the mid to long term.

A major step in this direction (specifically in Poland) was recently taken by the Fenzi Group, with an acquisition of significant strategic relevance. In fact, Kadmar, a chemical company in Jaworzno, in the South of Poland, specialized in the production of polysulphide, polyurethane, hot-melt and butyl sealants for insulating glass, just became part of the Italian group. The specific, and easily identifiable features of Kadmar’s current line are, without a doubt, the completeness of its product range and its distribution capabilities, covering all of Eastern Europe. But above all, what stands out is the excellent ratio between product quality and cost of production. As confirmed directly by Alessandro Fenzi, the Group’s CEO: “Kadmar’s products, even from a chemical standpoint, are very compelling and highlight the fact that this is an efficient production facility, well-organized and bolstered by very competitive costs.”

Integration into such a strong group, with a global presence, that can rely on the extremely efficient distribution organization and assistance of the Glass Alliance network, makes it possible to foresee some very attractive opportunities. Naturally, convinced of this is Kadmar’s President, Andrzej Konieczny, who decided to take this step precisely to ensure that the company under his command has a brilliant, enduring future, guaranteeing its productive and commercial development. 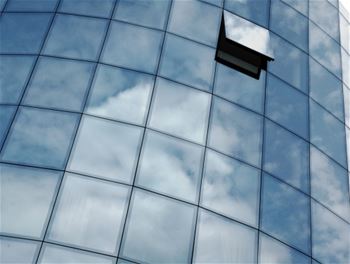